The Australian federal election will be held on Saturday 21 May 2022 to elect the members of the 47th Parliament of Australia.

The incumbent Liberal-National Coalition government, led by Prime Minister Scott Morrison, is seeking a fourth consecutive term in office. Opposition leader, Anthony Albanese, is seeking to return the Australian Labor Party (ALP) to government for the first time since 2013. Both parties have prioritised infrastructure investment in their election campaigns which could see some attractive investment opportunities for listed operators should they deliver on promises – in particular we see the energy and transport sectors growing. 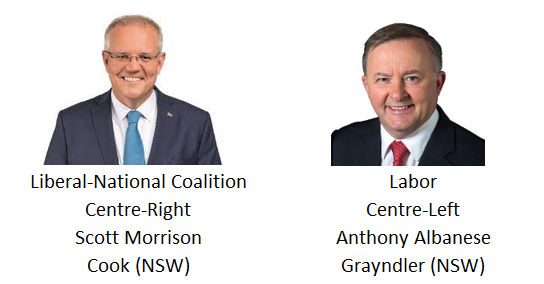 The politics of the election 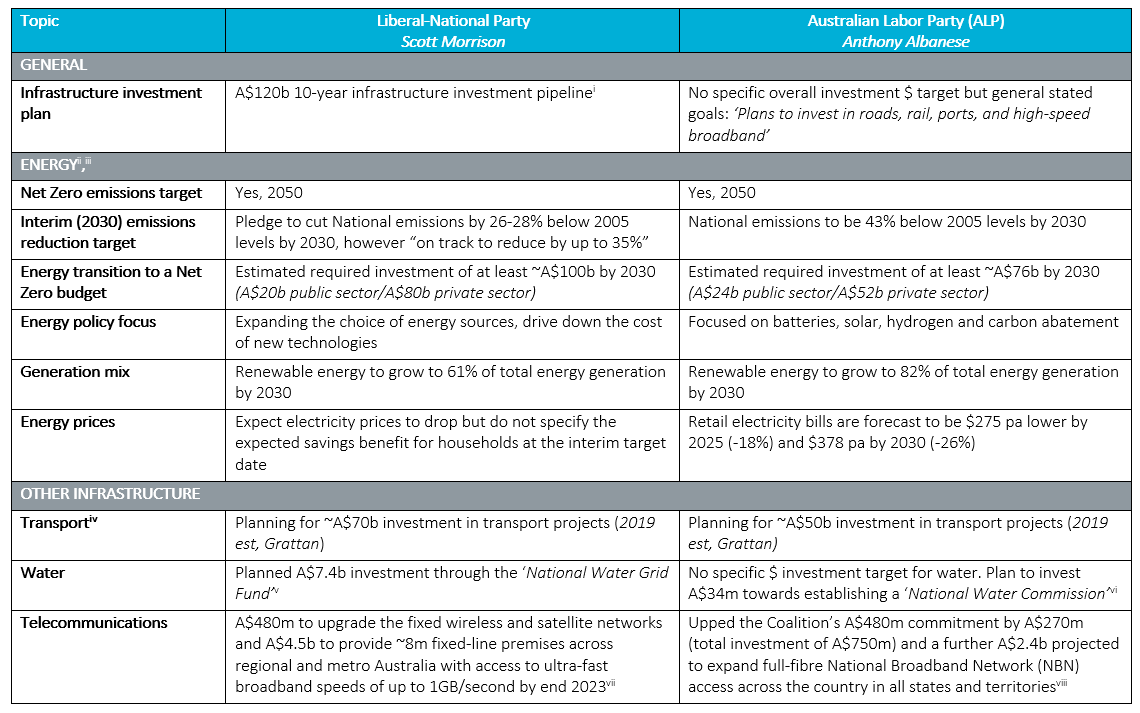 As shown in the table above, regardless of the election outcome we see significant infrastructure investment over coming decades in Australia. Just the detailed Net Zero and emission reduction plans put forward by both parties present a huge long-term investment opportunity within the energy sector, with emphasis on supply, security and energy transition.

Impact on economic growth and the listed infrastructure sector

In terms of global economic growth, a November 2020 International Monetary Fund (IMF) research paper argues that a synchronised infrastructure investment push could invigorate growth, limit scarring, and address climate goals. The IMF believes that, when many countries act at the same time, public infrastructure investment can help lift growth domestically and abroad through trade linkages. This looks to be occurring at present.

The listed infrastructure sector is also a clear winner from increased public sector spending. It:

As we observed earlier, irrespective of the Australian election outcome there is going to be considerable infrastructure investment and development in Australia over coming decades.

There are multiple domestic and international listed stocks which have, and will continue to, capitalise on the infrastructure opportunity in Australia. We see Transurban, along with other global toll road operators, as a potential partner in future road investment, whether it be through investment in their existing roads, unsolicited investment proposals or future privatisations. APA Group and Iberdrola are amongst several listed organisations that have highlighted the opportunity set within the domestic energy sector and are eager to participate and facilitate generation, energy transition, transmission and distribution solutions.