Now that is money well spent!

Recent IMF research[1] shows that when governments invest in infrastructure, they create many new jobs. The IMF evaluated the direct employment effect of public investment in the key infrastructure categories of electricity, roads, schools, hospitals, water and sanitation. Using data from 41 countries over 19 years, the IMF estimates that US$1 million of public spending in infrastructure creates 3-7 jobs in advanced economies, 10-17 jobs in emerging market economies, and 16-30 jobs in low-income developing countries. Overall, the IMF estimates that 1% of global GDP in public investment can create more than 7 million jobs worldwide through its direct employment effects alone. 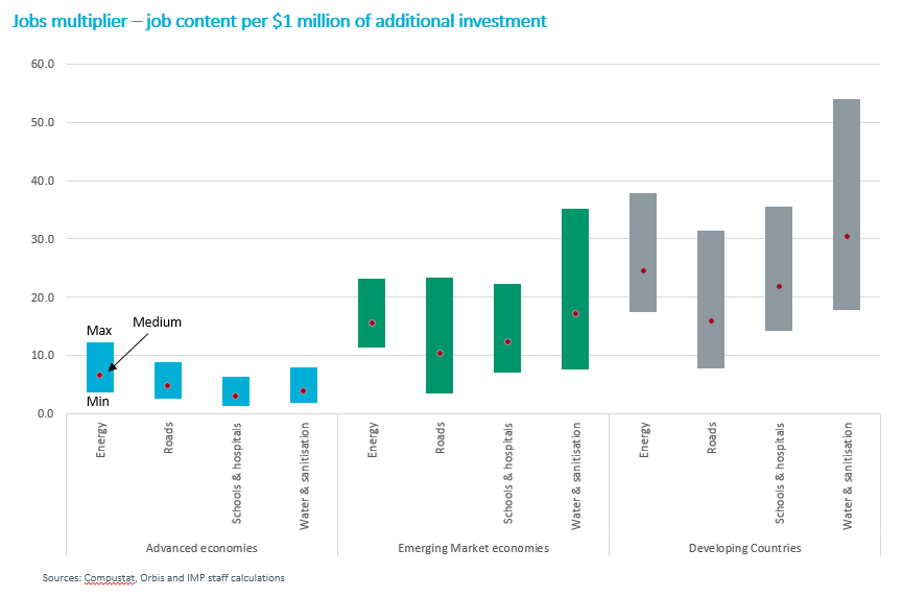 Similarly, Reuters reports that India will launch a 100 trillion rupee (US$1.35 trillion) national infrastructure plan that will help generate jobs and expand use of cleaner fuels to achieve the country's climate goals, PM Narendra Modi said. The infrastructure program, called ‘Gati Shakti’, will help boost productivity of industries and boost the economy, Mr Modi said during his speech at the Independence Day celebrations in New Delhi: ‘We will launch a masterplan for Gati Shakti, a big program ... (it) will create job opportunities for hundreds of thousands’. Boosting infrastructure in Asia's third largest economy is at the heart of Mr Modi's plan to pull back the country from a sharp, COVID-driven economic decline.

The EU has also announced significant infrastructure investment plans, while the May 2021 Australian Federal Budget saw the Commonwealth Treasurer identify an additional A$15.2 billion investment over 10 years on major infrastructure projects, and kept the 10-year plan at A$110 billion. This will spearhead the Federal Government's efforts to boost both jobs and productivity in the COVID-affected national economy.

This type of infrastructure investment is beneficial to both the publicly listed and private infrastructure sectors as it improves economic efficiency and enhances GDP growth, thereby benefiting GDP-correlated ‘user pay’ infrastructure assets (e.g. toll roads, rail, ports and airports). Further, the utility sector is directly benefiting as much of the stimulus supports a faster green energy transition. This improves the investment outlook for those utilities capitalising on the opportunity via new renewable generation, grid strengthening and security of supply, as well as exploring new technologies in a government subsidised environment. It also leads to a pool of possible future privatisation candidates, which would see the asset class continue to expand.

4D manages a diversified portfolio of stocks across the utility and user pay sectors. We prioritise countries and companies with strong management teams, defined strategic goals that integrate with a sustainable future, strong balance sheets to support much needed investment, and those that are best in class within their sector in capitalising on the opportunities currently available to them.